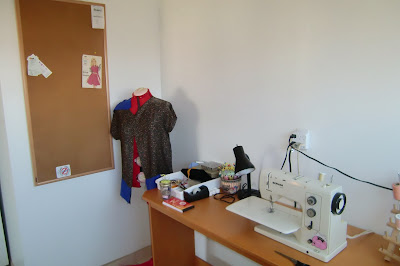 I must apologize, I have been very late with this post, and I finished this project a little while ago. In fact you have already seen two sneak peaks of this project in my past posts!

(from my sewing room tour) 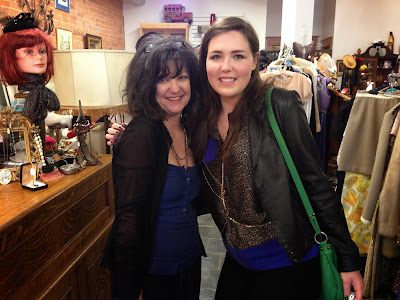 So I am finally making a post about it! My new silk top! – This top is another Burda World of Fashion (BWOF) project. I went with a slightly more recent edition than my previous BWOF project Bringing Back 2004, opting for the August 2009 issue. 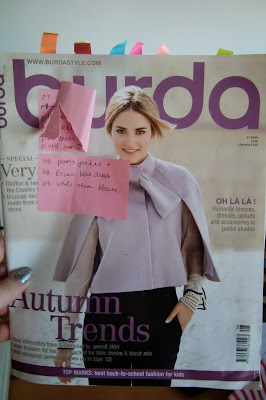 I LOVE LOVE LOVE this Parisian inspired section of the magazine and I have already made this beautiful dress a couple years ago with great results! 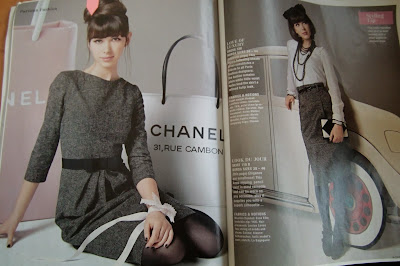 I wanted to make a top because I feel that tops are a little more wearable than dresses for day to day and I would get more use out of it- so I picked this top- I was a little dubious about the ruffle front, as I am not much of a ruffle person, but I figured I would give it a shot. 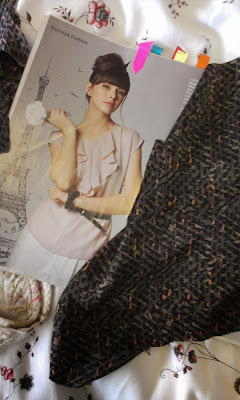 I opted for this silk -nice and drapey but also completely opaque with a little body to it. After cutting the pattern out and pinning the pieces on Stella (my dressform) I realized that the ruffles were NOT doing it for me. 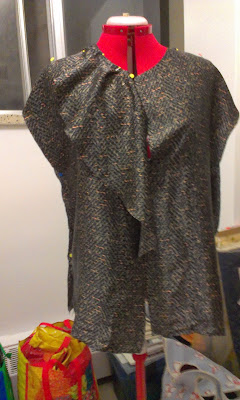 After gagging a couple of times at this ruffle I got to some brainstorming- because the top too basic without the ruffle it needed something else-  While searching pinterest for trendy, chic, loose-fitting, silky tops (woah there adjectives!), I decided that a band of colour on the bottom and a front pocket would do the trick! So I pulled out some of my other nice silky fabrics to pick a complimentary one- 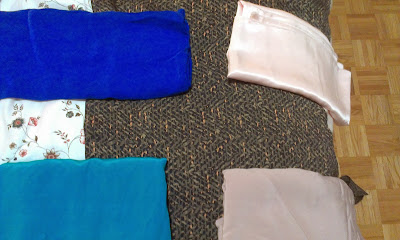 I wanted a bright pop of colour so I opted for the top left- which is actually almost a violet in real life.  It was a pretty simple adjustment from the original design- just ditch the ruffle, sew a band to the bottom of shirt pieces, and make a little pocket for the front.
The Front 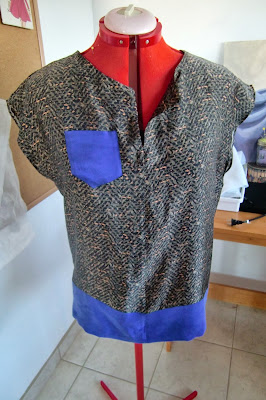 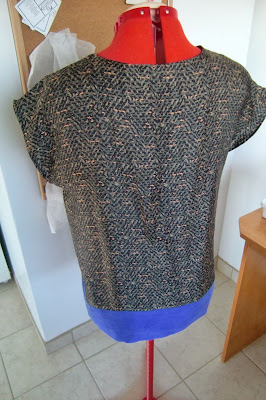 I decided to sew the front pocket on by hand, just to be fancy and make sure that it stayed flat because silky fabrics can be tricky. I also liked the effect of having no stitching line with a really clean edge. 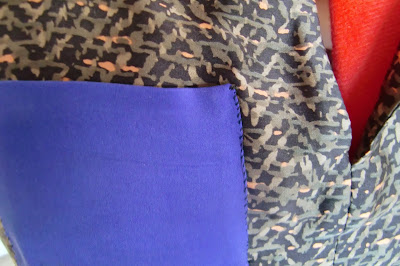 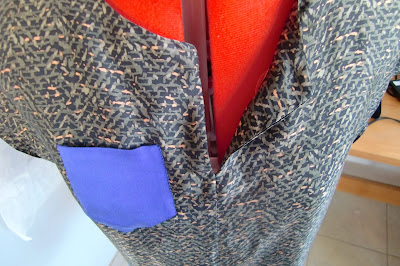 I really like how it turned out, it has a nice drape and I think that the pop of colour suits it well!
And (this is for you mom!) I serged ALL the inside seams, oooh la la, look at those beautifully finished inside seams! 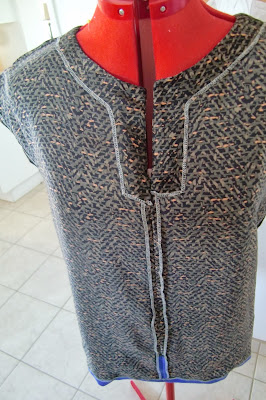 I’ve been getting quite a bit of wear out of this top- I have already worn it out twice since I made it, which is saying a lot because I rarely leave the cocoon that is my apartment, especially since it has been so cold lately. 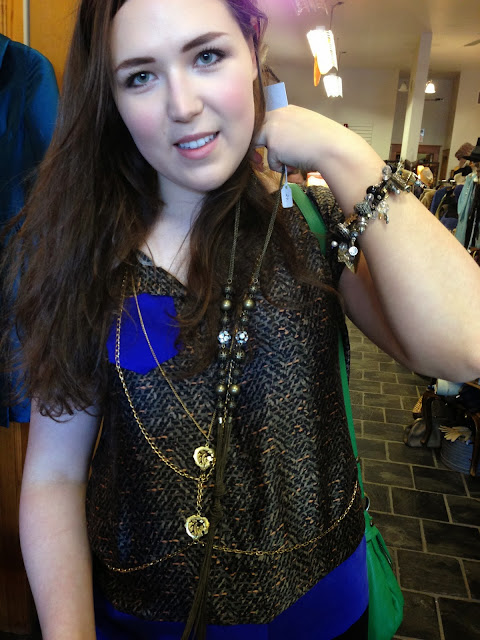 This is another shot of me at Boretski when I was wearing the top- holding up a necklace I debated buying, while realizing that I am already drowning in so much of my own jewelry – so much swag, I just can’t resist!
Anyways -hope everyone’s sewing projects are going well. I  know that I have a huge line-up for Christmas right now, seeing as I never really think to do any projects before the Christmas rush- I really have to be in the Christmas spirit anyways!
Back to the sewing cave!
xo erin 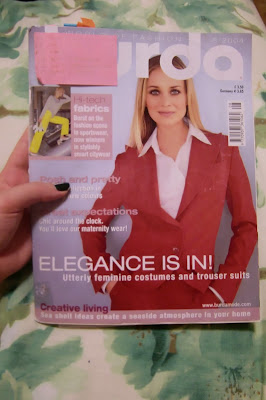 Finally a fashion sewing post!- and I think this is definitely one of the more interesting and cool things I’ve made.

I was looking through all my patterns, trying to decide what I should make, and I came across one of my older Burda World of Fashion magazines (one of my favourite sources of patterns).

This edition of BWOF is from 2004, and I can honestly say that I was surprised by how many of the patterns were really cool and wearable. I was 13 in 2004, and I don’t know how many people can look back at their 13 year old self, or fashions of that time without at least cringing a little. But to my surprise, flipping through I did see lots of potential, and this one in particular caught my eye. 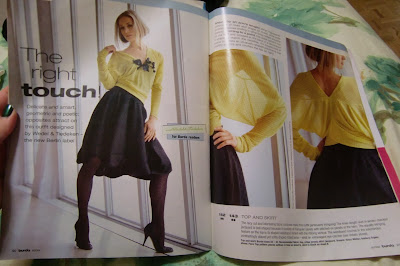 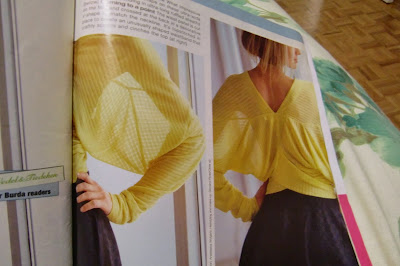 And I knew just the fabric to use- some bright orange stretch knit that I found when I was at Fabricland buying the stretch knit for the Sailor Moon costumes. 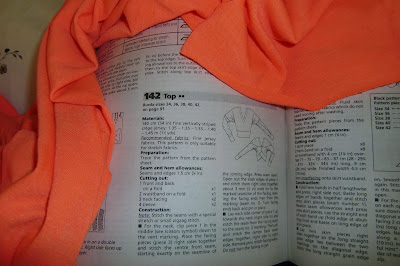 I picked this pattern mostly because it was so unusual, and I really wanted to challenge myself. The pattern is one of the strangest I’ve ever seen, the front/back piece is like a semi-circle that you cut a big slit into, and the sleeves come to a corner where they attach at the back. There are also so many elements to it- it is a cropped, long sleeve, v-neck, back draped top with a waistband that crosses over in the back.

As Burda instruction are misleading at best, I really just had to keep pinning all these pieces together and figure it out through trial and error. But it did come together. 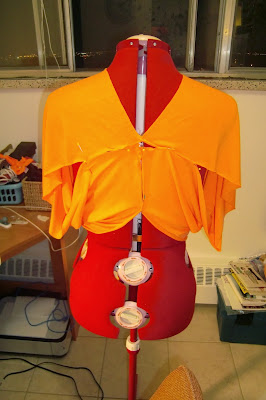 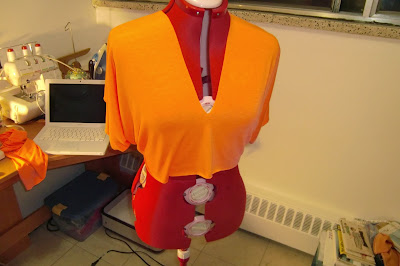 Does anyone else find that when they work with stretch jersey late into the night, all those scrap pieces around you suddenly become all your accessories? Like that strip lying there looks like it would make the best head band to get that hair out of my face, and wow that piece could totally be braided into a bracelet, until suddenly you look like this at 2AM… just me? okay… 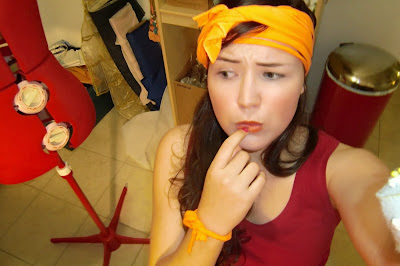 I didn’t use my serger on this (sorry mom), instead I just used a zigzag stitch. It was fairly simple overall, and once I figured out how it all went together it was just a matter of stitching it together. Although the facing for the neck was a little tricky to pin and make sure that it stayed straight. I should have probably basted it to make sure it would lie right, but I was too lazy. I also did some top stitching on the sleeves seams just to emphasize them and make them lie flat. 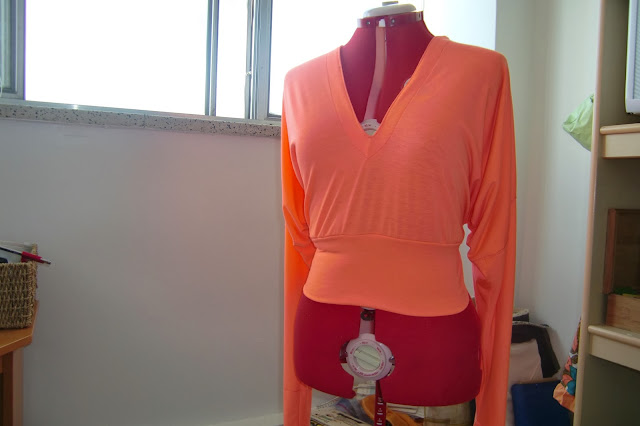 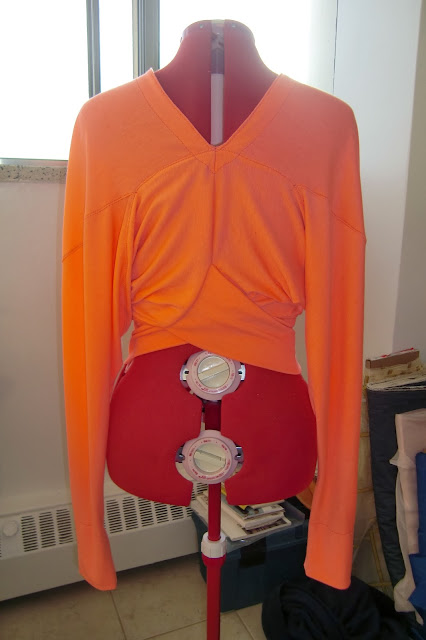 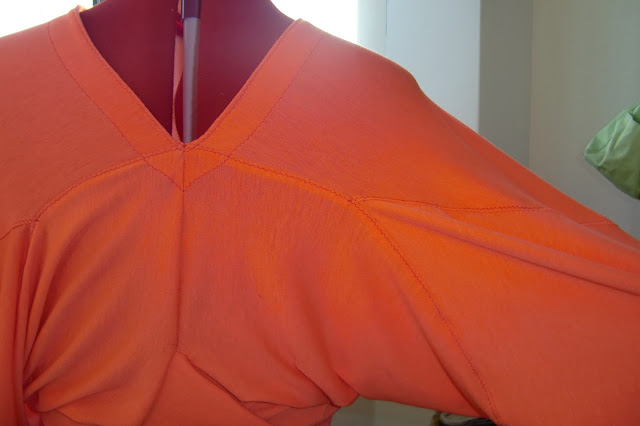 I love the final outcome, and I think it looks so cool. I don’t personally feel that I can pull of crop tops on their own, so I wear it with a tank underneath, but I still love wearing it! 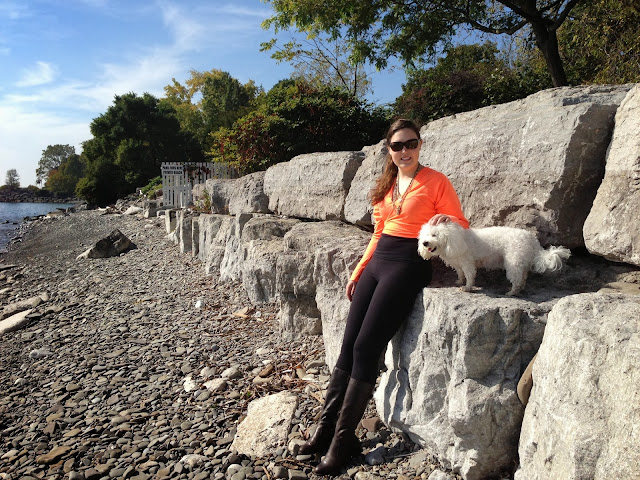 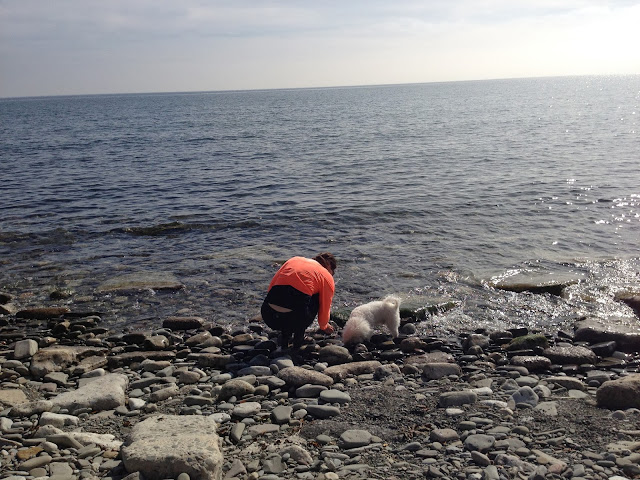 Some pics with my dog Finnigan 🙂

– thinking about re-making this in purple, maybe a little less dramatic than the orange… off to the sewing cave!